On Tuesday Google released a fix for chrome; Google’s smooth Chrome updates are one of its most appealing features thanks (Unlike Windows 10) to their loyalty.

Yet, the brand new version of Google Chrome has already automatically rolled out to hundreds of millions of users in the world is causing little serious issues for Android users.

12/18 Update: In surprising (and very welcome) news, Google has announced a fix for this bug days ahead of schedule as well as the revelation that the impact only hit 15% of Chrome users, not 50% as it initially feared. In a statement to Android Police, Google said it would also be able to recover user data feared lost. Roll out of Chrome 79 has now resumed.

Update 12/17: Things are not looking good. Google’s Chrome Tech Lead Manager Changwon Ryu updated users’ warning that any potential fix would be “a very destructive change” taking “at the minimum… 5-7 days.” As Ars Technica points out, Google has two options: 1. Rollback to Chrome 78 behavior and delete over a week of user data, or 2. Keep Chrome 79 behavior and delete potentially years of data. The first option would seem logical but the longer Google takes to find a fix, the worse it gets. 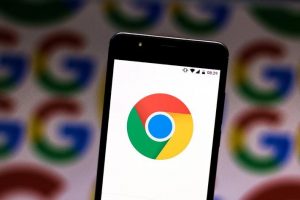 Picked up by Nine to Five Google and expanded up by Android Police, Finally, Chrome has been found to delete data from Android applications that actually access Google Chrome via Android’s built-in WebView.

As Nine to Five Google notes, Developers and users are furious and Chromium’s bug tracker lists comments describing it as a Major issue and Catastrophe.

The problem branch from Chrome 79 switching the location it stores web data and a failed migration process had caused this data to be lost.

Currently, Google has confirmed the problem and paused the rollout, but acknowledges Chrome 79 has already reached almost 50% of devices (There are 2.5 billion Android users al around the world).

One Chromium engineer said “We are currently discussing the correct strategy for resolving this issue,” and said the Google is working on a pair of strategies such as:

“We will let you know which of these two options have been chosen soon,” The Chromium engineer continued and also asked for users to “Collect a list of affected packages” which will only suggest users that there is still a way to go in identifying and fixing all the impacted applications. Currently, there is no official list of the affected applications.

“I understand that losing data puts you in very difficult positions,” admitted another Chromium engineer. “This issue is marked P0 [highest priority] so, at this point, we don’t need more reminders about how important this is for you 🙂 Please understand that the team is working on a solution that minimizes the data loss, and that can be rolled out safely… After we deploy the best mitigation that we can, we’ll figure out how to do better in the future. Thank you for bearing with us!”

Currently, if you are running Google Chrome 79 just recommend you check your Chrome install version in the Play Store.

WhatsApp Will Stop Working on These Phones From February 1, 2020

Twitter Vulnerability Could Let Hackers Take Over Your Smartphone