On Tuesday last night, it was found in the google currency converter that the rates are decreases to around 76.25 Pakistani Rupee. The same thing showed by the converter for some other currencies as well.

One of the most amazing thing that I am going to tell you is that the news is not real. It was a bug founded in the currency converter of Google.

The news becomes so viral in Pakistan that most of the people feel happy, and thought that the miracle done by the new government.

On the other hand, Bing has also shown the same currency converter result to the users.

According to Pakistan today,

Pakistan Today went the extra mile to discover that the dollar fall was but a bug in the systems of Morningstar. 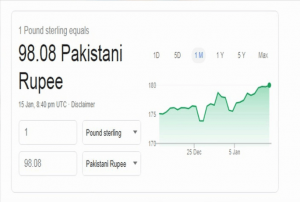 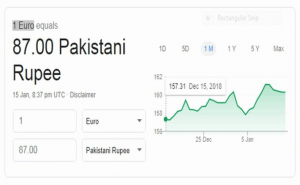 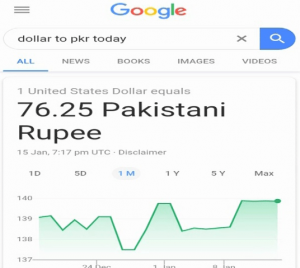 Technical glitch: Bug on #Google #currency converter that’s why shows 1 #USD to 76.25 PKR
But now #Google, get back to Auqaat, and made a great UTRUN on #Pakistan #Currency Exchange Rates😂

US Dollar Rate Goes Down on Google Currency Converter Compare to PKR.?
The values of the US dollar, euro, and the UAE dirham in Pakistani rupee were shown on Google as Rs76.25, Rs87.01, and Rs20.76, respectively#Google #Dollar #PKR #Pakistan #Currency pic.twitter.com/8141QN0K4R

Google Chrome - How to Disable A Keyboard Shortcut