Habits are one of the things that make us who we are. And we should be the best of ourselves in every aspect of our life. We should move forward instead of moving backwards. We must live in today not live in past or future. And if you tell me what your habits are you can be the man of your own dreams.

Certain habits stop us from being successful. They create a bond so strong that its impossible to break that’s what we think.

When we were born we didn’t had any habits or hobbies but as we grew up we started making habits. A repentance of an action that made us feels good. That feeling got us some dopamine does which we loved the feeling of winning. So we wanted to do it again and again. But the only difference was some of us formed productive habits while the other and the majority of us forms useless habits.

Habit is an action that we do without realizing. And takes less mental effort.
this would be the scientific definition of habit bust if you ask me. Habit are worker that we keep the makes our big chunky works easier. And habits are workers. If you ask Warren Buffet how he read 5 to 6 hours a day. He probably will tell you that’s his habit know.

If you ask any successful person “how they can read 50 plus books per year the answer you will get will be something else but they have developed a habit to educate themselves.

Think of habits this way. You are a very busy worker and you are exhausted. What possibly you can do to decrease the weight of your work. So, on day you think of hiring someone which could do all the work and the pressure on your head and the pain in your butt would be less.

When you hired the person you are still working but you are not exhausted. And you can do other things which will profit you too. the person you hired is a habit. A habit does all the work for you by you but you don’t feel tired.

Have you ever heard a smoker getting tired of smoking or drinker tired of drinking they are not. and they will not get tired of it. As they are addicted to those things. and habits are the same. You can say habit is also an addiction.

If you look it through this. Ask yourself these question “What habits do I have which I don’t even notice” you may have the habit of drinking coffee when you wake up. And I guarantee you when you don’t drink coffee for some days you will feel tired and have the feeling as if something is missing.

We can spend hours on our habits. Habits have a simple mechanism. When you do anything that’s your habits you get a quick dose of dopamine. And when you do it over and over again. The dopamine receptor get used to it so when ever you even think about doing that habit or thing you get a dopamine dose in advance which further boosts you for doing that act.

Let me ask you an interesting question. Have you ever asked a person who smokes that “would recommend smoking to anyone” and the answer you would get probably would be no. they call smoking a habit and an addiction.

The picking up of cigarette is a habit and the nicotine is the addiction. Have you ever wondered why people with addiction especially people who are addicted to nicotine why not chew a nicotine gum or something like that why they only like the nicotine of the cigarettes? Because that’s both habit and addiction.

Habits while being so much powerful can be destructed and you can consciously construct them. And you can also replace bad habits with good one.

You can finish each bad habit in you the day you decide too. but we don’t have control over ourselves.
the best of us are those who detect the bad habits and replace them with good ones.

We told you all about habits how they work. but we haven’t told you how to make new habits. And make them stick. How to form new habits?

Forming new habits is a very critical stage and is not easy. Let me tell me know it will be difficult but you have to be in your own control to be the best of who you are.

We will explain How habits are made in 2 stages. In the first stage you will choose the habit that you want to make consciously and in the other stage we will tell you how to increase the time you of each habit.

In this stage you will choose the habits which you want to attach to you daily routine. While choosing your habits pick habits those will help you become better and help you achieve your dream. But don’t chose habit that you think are kind of cool and give you nothing in return. Remember these habits will take about 66 day or 2 months so you should choose those habits which will serve you.

In the first stage when you have chosen your habit there in only one thing that you can.

If you want to make push-up let say as a habit Start with 1 push-up at first. All you have to do is make you habit as easy as possible. Become lazy and use a lazy person mind you would be able to make it even easier.

Don’t overdo in the start. Don’t do 100 push-ups when you are trying to build a habit. Basically, don’t overdo any habit you want to make and choose only one habit that you will work on for the month.

At any condition do not miss 2 days in a row when you are trying to build habits.

And if you missed the third day you have to start building that habit again form the beginning. Which will not be at all fun. You have to be serious.

In the second stage it will be the time when you will feel very less effort doing the habit. This is the stage where the habit making place in your brain. And your brain starts dopamine dose but very less.

Let say you wanted to do 30 pushups per day as a habit. For 20 to 25 days stick with 1 to 5 pushups and then when you get use to it. Increase the number now do 7 pushups per weak after that do 15 pushup after that do 20.

And when 30 to 40 days passes you are know in an auto pilot mode. In this stage you can add another habit in to your daily life. 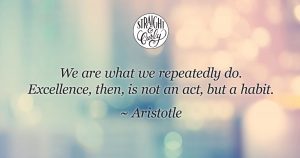 While we discussed earlier what are habits and how to make new habits. We have a list for you the top 6 habits list that you can consider trying out but let me tell you something these are the habits which every successful have in common.

They all are top quality habits. Which will make you better. My advice is to choose one habit and build that habit. 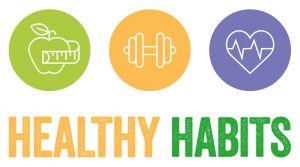 We have put 4 habits in this habit and made them one habit. There is a saying.

Wake up each morning at 5 am. “You may be thinking why 5 am” let me tell you something if you get 2 hours or 1 hours to run in the race while the whole world is sleeping who do you think will win. Of course you will. Waking up at 5 am gives you the boost over the world.

Think of it in this way. When everyone will be waking up at 9 or 10 am you would have done 50 percent of your work.

Meditate and Exercise: this is other morning habit found in every successful person. They take care of their health way more than the ordinary people do.

Journal: journaling is another habit found common in self-made millionaires Richard Brandson have said that he would not be able to make Virgin Airlines with those little pieces of paper.

Tim Ferris have also said from those people who he interviewed (he have interviewed over 200 successful people) two things were very common. all of them meditated and journaled.
start with just journalism your thoughts then shift the gear and journal on everything. Write on the ideas you get in the day. You get the best ideas in the morning. And when you don’t capture your ideas they vanish within 24 hours.

Self made billionaire Warren buffet reads 5 to 6 hours a day there is a saying of his.

“The more You Learn, The more you earn”

Successful people mostly read a book a weak. And is better for your brain. Read on investing if you only get one golden point out of a book its more than enough for you but probably you will collect more than 1. To make reading your habit read 2 pages a day and divide those 2 pages by three. you may be thinking 2 pages I will finish a book in 2 months. Dude you are making a habit first make habit of reading then hit the goal of 50 books per year Start small.

Start small in this one too first try it for 10 mins and then raise the number single tasking is a skill and needs time to learn it.

Listening is an art. Great leaders are great listeners. You can talk but you have to listen more. I will give you an exercise this exercise is a bit tricky but it works.

Count the words of the person you are talking too. it may seem easy but its not try this today whomever you are talking too try to count there words how many words they have said in a conversation. When you do this after that try focusing on the words and this will help you listen better.

In this world of business we forget to ourselves some time. We are so busy we don’t even have time to think and that’s also a reason why we are not productive.

At first give yourself 10 mins. In this 10 mins cut the entire world out. No Facebook, No Instagram, No Twitter, No Social Media, No TV no nothing in this 10 minutes you only think and do nothing else. Let yourself be creative. Value your time and invest your time in yourself.

How to use this principle is your daily life. You must measure your life by your own and know what are the things which will make all the other task easier. For me its was my work 80/20 my work and found out that my 20 percent of my work was the most important and I was not giving the same 20 percent no time. and make it a habit. Its hard but when you do it your life will be way better.

These are one of the habits you can think to build on. They all are golden habits. My advice would be to pick one habit and build that after you have build the first habit then tries the second one. 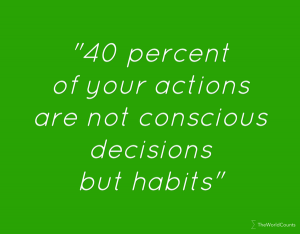 The Major Attributes of Leadership