A young and sensational Canadian Singer Justin Bieber had been in the limelight of relationship in the past.

Although, he has millions of beautiful girl fans following in the list. Still, his love and affection showed for her wife Hailey Baldwin is on another level.

The couple is already married and organizes a secret ceremony of their wedding in the past year. But, they are also planning to invite guests and host a traditional Christian wedding ceremony.

The dates of the ceremony were expected between February and March of 2019. But, now the postponed date of the second wedding ceremony reason is not cleared to the fans and other personalities. 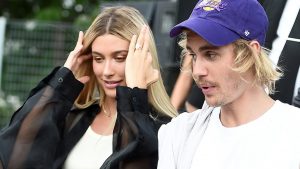 The sources also said that the wedding ceremony would be a religious one, and the invitation list would be around 300 guests.

There are some reasons for which the couple panicked, and decided to change the dates. Although, there are no hurdles about the preparations as they both are already married, And just wanting to invite some guests with a simple religious wedding function.

It is also expected that the function will happen in LA, and at Justin home town too.

Besides that, the couple is looking so beautiful and cute together, and we wish them a strong relationship ahead.

Most Oscar Nomination of All Time

What is Tik Tok? Reasons for its Popularity in Pakistan?