This is the era of Social Media, You Business Can Go From Zero To Sky Rocket in Just Few Minutes, If You Properly Market Your Business via Social Media.

There are hundreds or thousands of social media Marketers / Agencies using their advantage but nobody has cracked the code of social media advertisements like Waseem Hassan Sheikh. 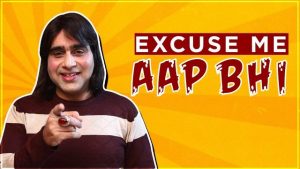 Waseem Hassan Sheikh is from Pakistan, He is a social media star and mostly known for his advertisement skills.

What’s So Special About Him? Well, The Advertisements He Shoots is Funny and People Love to Watch the Videos, It Gets So Viral in Few Minutes, That One Can’t Expect other Advertisers or Agencies Could Do That Way.

Once His Advertisement Video Gets Posted on Facebook, Memes Creators Upload Them on Their Page, and YouTubers Roast Them on Their Channels, This Way The Product Gets 100X Publicity and In Simple Terms Win Win for Both of Them, Whether Advertisers or Customers.

Waseem Hassan Sheikh has clients from every business whether its Restaurants, Grocery Stores, Jewellery etc. Just Search You can literally find his advertisements on every single product you can name it.

Waseem Hassan Sheikh has 61,000 Likes and 75,ooo Followers, But the video shares he gets and the likes on his videos are in millions.

Waseem Sheikh is also known as Mr Excuse Me in Pakistan.

Million Sharks Could Be Killed for Covid-19 Vaccine