Intelligence Agencies and with the support of local police people have successfully arrested a police office, who has been working for the Indian Agency, Research and Analysis Wing (RAW). 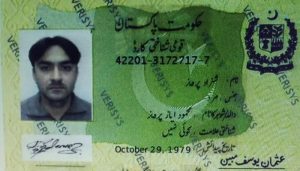 Another familiar source has confirmed that he was also in contact with MQM London and received terror funding from Mehmood Siddiqui Groups.

He has now been shifted to an identified place for further investigations.

As Expected: China Rolling Out It's First Digital Currency ☺