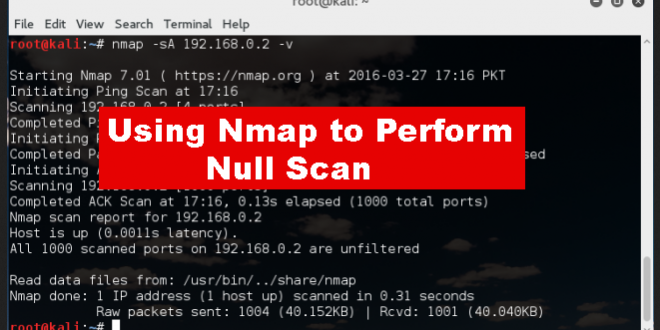 In many ways, the null scan is the exact opposite of a Xmas tree scan because the null scan utilizes packets that are devoid of any flags (completely empty).

Whereas a closed port will respond with an RST packet it is important to remember that these scans are only reliable for operating systems that comply 100% with the TCP RFC.

One of the main advantage of running Xmas tree and null scans is that in some cases, you are able to bypass simple filters and access control lists. Some of these primitive filters work by blocking inbound SYN packets. The thought with this type of filter is that by preventing the SYN packet from entering the system,

It is important to understand that neither the Xmas tree nor the null scans seek to establish any type of communication channel. The whole goal of these scans is to determine if a port is open or closed.

With the previous two paragraphs in mind, consider the following example.

Assume that our Network Admin Ben Owned puts a simple firewall in front of his system to prevent anyone outside of his network from connecting to the system.

The firewall works by simply dropping any external communications that begin with an SYN packet. Ben hires his buddy, the ethical hacker, to scan his system.

The Ethical Hacker’s initial TCP connect scan show nothing. However, being a seasoned penetration tester, the ethical hacker follows up his initial scan with UDP, Xmas tree, and null scans. The ethical hacker smiles when he discovers that both his Xmas tree scans reveal open ports on Ben’s system.

This scenario is possible because Nmap creates packets without the SYN flag set. Because the filter is only dropping incoming packets with the SYN flag, the Xmas tree and null packets are allowed through. To run a null scan, we issue the following command in a terminal.

If you have any question regarding Using Nmap to Perform Null Scan let us know so we can answer you with your question. Click Here To Ask 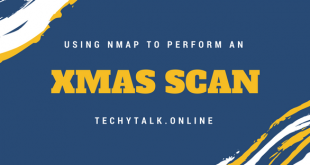 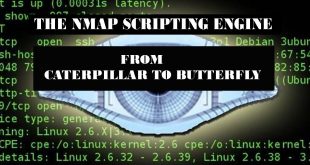 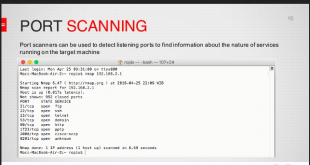