Lots of these accounts are now being offered for free on hacking forums and available for sale from $3 to $11, A investigation has discovered by ZDNET.

A Stream of user complaints

Disney+ video streaming service was launched recently on November 12. Although this service is available only in the United State, Canada, and the Netherlands Has already amassed more than Ten million users in its first day.

The launch of Disney+ was harm by technical problems, Many users reported being unable to stream his or her favorite shows and movies.

But hidden in the flood of complaints about Disney+ technical problems was a very smaller stream of customers reporting while losing access to his/her accounts.

Lots of users reported that hackers were accessing his or her accounts, logging them out of all devices, then changing their account’s email and password, Finally taking over the account and locking the owner out from the account. 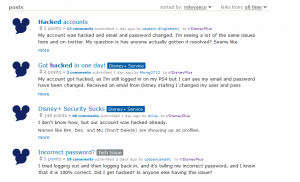 #distwitter has anyone’s @disneyplus account been hacked? My friend’s was; hackers changed email and password. Now she’s completely blocked from her 3-year prepaid Disney+ account. She’s been on hold for >2 hours

Not even been half of a week and my dad’s Disney+ account has ALREADY been hacked.

The speed at which hackers have mobilized to monetize the Disney+ accounts is breathtaking.  Disney+ Accounts were put up for sale on hacking forums within 50 minutes after the Disney+ service’s launch.

You can find out Disney+ accounts in hacking forums with ads offering access to more than thousands of account credentials.

Disney+ accounts prices start from $3 to $11 in hacking forums which by the way is more than what a legitimate Disney+ account costs from Disney, which is $7.

Below you will be able to see Screenshots: 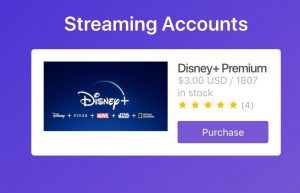 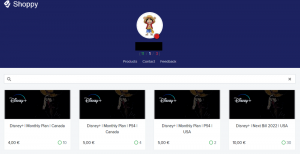 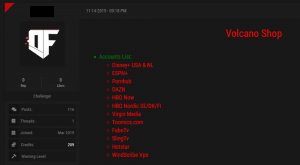 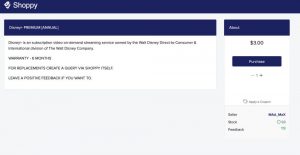 But, In the search of advertisements on various hacking forums, we also came across several lists of Disney+ account credentials being offered for free.

If we looked into the lists, we found usernames and cleartext credentials. Specially we emailed some of them and some replied, confirming that the credentials were available, and still active.

Disney+ should help users to roll out support for multi-factor authentication, A very simply solution that would prevent attacks relying on password reuse.

“What Disney+ is facing right now is what other streaming services have been fighting against for years. Hacking forums have been overflowing with hacked Amazon Prime, Hulu, and Netflix accounts. The reason hackers are still putting up new accounts for sale on a regular basis is that people are buying.”