Facebook has recently built a Dating, which is privacy safe and company tries to avoid the awkwardness of friends and family checking your roman profile.

Now, Facebook has a new way introduced to let you express your affection for a friend without them knowing unless they reciprocate.

Facebook has recently announced at it’s F8 Conference that the Dating is going to be opening in almost 14 more countries, which is now bringing the total to 19.

It would be launched in U.S. before the end of this year.

This Dating brings with the latest features that are known as Secret Crush, which expands strangers and friends of friends.

if they have opted into Facebook Dating, they will start receiving notifications from that friend has a crush on them.

If they add you as a Secret Crush too, you will be able to get notified and can easily chat on Messenger. 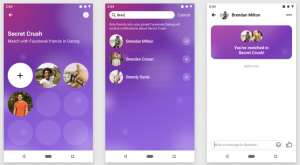 Facebook has announced Dating at F8 a year ago and launched it in Colombia in September.

Users opt-in and then browse Events and Groups they’re part of potential matches. 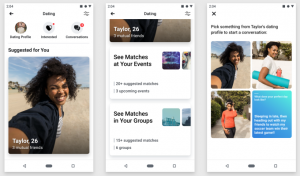 Scientists Have Found A Way To Convert Thoughts into Speech