The universe that we live in is interesting place. Since the human beings have tried to explore the surroundings to try and understand them. Over the last few centuries, we have turned our eyes to the stars.

But, we thought that everything that revolved around the Earth and it was flat, but it was later on discovered that was not the case and since then, scientists have discovered new about the vast universe around us.

Over the past few decades, there have been numerous discoveries about the universe and following the trend, just a few days ago, the scientists have successfully captured the first ever image of a black hole.

The news was on trending every where in the world, while it was the first ever time that scientists have been successfully captured the image of a black hole.

And, Guess What? President of Pakistan Tweet About It.

For other science enthusiasts like me. One of the most informative press conferences I have ever seen. The first ever image from the ‘event horizon’ of a black hole in the M-87 galaxy, 54 million light years away.
Starts at 32 minute mark.https://t.co/kJRvPUjW8T pic.twitter.com/LgdZwXNeDd

Let’s Find out Some of the Amazing Things That You Might Now Have Known About This Great Achievement:

Black Hole is 6.5 Billion Times As Bigger As the Sun:

Most of our readers have already seen the images on different social media platforms, but some of you might not be aware that it is a zoomed in picture and here you can see it zoomed out. 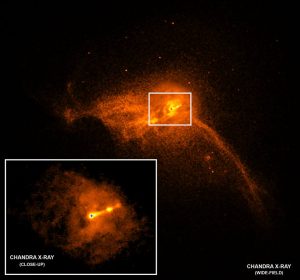 The Amount of Data That Was Used To Capture the Image:

The picture you can find below listed is of Margaret Hamilton standing next to the code that she wrote by her hands. Which was used to send the man to the moon. 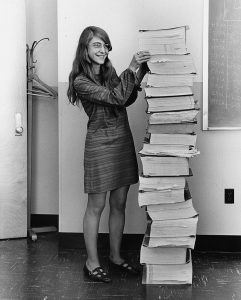 The Second image down below is of Katie Bouman, The person who developed the algorithm, which was used to capture the image standing next to hard drives, which contains data that used to capture it – 5 petabytes (5 Million GBs). 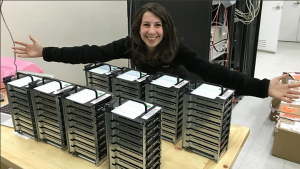 The Earth Was Turned into a Telescope:

Whenever it comes to humanity, it always creates something very magical and the same could be said as the Whole Earth was turned into a giant telescope with telescopes all around the world banding together to take that picture of the black hole. 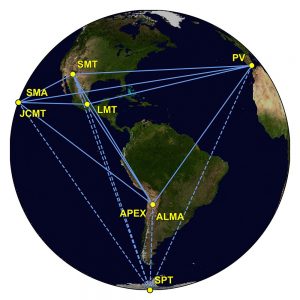 This Massive Black Hole is 6.5 Million Times Massive as the Sun, Further Dr. Katie Mach Could Explain That Better, Check Out Here Tweet Below:

First ever direct image of a black hole! The supermassive black hole in the galaxy M87 — 6.5 billion times as massive as the Sun! #EHT #BlackHole The image is better than I expected! pic.twitter.com/Tv7I36v4xQ

Einstein and Hawking Were Proven Right: 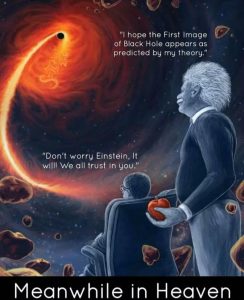 The Einstein have had started the Theory of General Relativity around century ago and the Picture confirms it today,

You can also read more about that HERE.

Meet the People Behind it:

Katie Bouman helped develop the algorithm that allowed the world to see what a black hole actually looks like.

Here she is just moments after that first image was processed. pic.twitter.com/AK9ZHQjJ2r

Dr. Bouman, Who was on the team and developed the algorithm, which would not become possible without the help of Feryal Ozel an astronomy and astrophysics Professor at the University of Arizona;

She was on the Science Council, who wrote a paper on how to go about taking a picture of a black hole.

If you are interesting further, You can read the rest here by their team, CLICK HERE.

We Traveled Back in Time:

For all the outlets and people saying that the black hole photo “isn’t very good.”

Y’all-we turned our *planet* into a telescope. A telescope as big as the Earth! We went back in time 55 million years to look at an object that eats light. Melt your icy hearts you monsters! pic.twitter.com/LqD3O9JPEi

Do you want to see what Earth was up to when this picture was taken? Let’s Find out in a Tweet by Zack Throckmorton.

A tweet reminded me astronomical images of distant objects are old. This is what humanity’s primate ancestors looked like about 50,000,000 years ago when the M87 black hole posed for the mind-blowing photo in today’s news. (This is called plesiadapis.) pic.twitter.com/0owN691oQu

If Your Friends Don't Talk About Business, Wealth and New Opportunities : CHANGE THEM