The Facebook tagline has been Switched from “It’s Free and Always will be” to “It’s quick and easy” – ditching, for the very first time in more than a decade.

If we look to reality, it costs nothing to become a Facebook user. While using internet archive Wayback Machine,

It displays that Facebook quietly changed its slogan at some point B/W 6 and 7 August.

Here, you will be able to see the original slogan still in spot on 6 August. 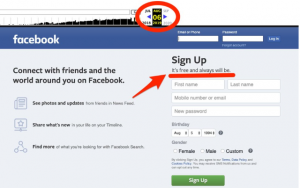 But, In 7 August, The Facebook slogan has been Switched, While removing the mention of the website It’s free and always will be and replacing it with “It’s quick and easy”. 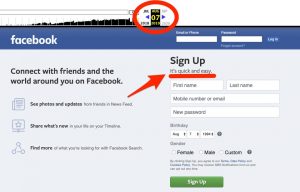 “Facebook is not free nor has it ever been, lawyer and digital law expert José Antonio Castillo told Business Insider (he was apparently one of the first to tweet about the change). Facebook’s currency was and still is its users’ personal data. It’s never been free, though, because data is worth a lot of money.”

Read Also: Facebook has been Collecting Audio from Voice Chats on Messenger

Now the question may come in your mind that why Facebook decided to alter its slogan without any warning or explanation,

Castillo suspects it might possibly have been spurred by a directive that the European parliament passed in May that, for the very first time ever, Recognizes that exchanging data is a form of payment.

Actually, Facebook’s homepage slogan was “It’s free and it always will be,” it’s terms and conditions contradict that. In its Platform Policy, Section 7 (Things You Should Know) Clause 11 warns that: “We don’t guarantee that Platform will always be free.”

Facebook Wants To Track Your Location All The Time