TikTok was the biggest entertainment app for youth of Pakistan, thousands of people earned millions of rupees from TikTok. 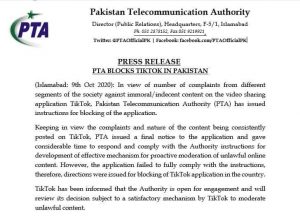 Some of those tiktokers charged around 100,000 PKR just for 1 simple video ads.

Its not the first time that PTA has sent TikTok notices/warnings to control vulgar content on TikTok many times. Most of the people think its the best decision by Government of Pakistan for banning this App.

While tiktokers earning from this platform felt so bad and are worried, their main source of income was from TikTok app.

Fear That Destroys Laughing Lives in an Instant