Within a passage of a year the freedom and liberty of Madrasas and masjids will be wiped out completely behind the bogus claims of controlling money laundering and terrorism.

The scholars silence on this matter will effect them the worst way possible and the public silence on earlier pro-army silencing bill will effect social activists badly.

In short it is a script rolled globally and is a must before imposing digital currencies across all central banks.

No one is talking about it but by Allah everyone is being pushed towards a slaughter house.

Keep watching the script, it will end when your neck is under the foot of international establishment aka UniCorp.

Worst laws ahead after the second coming of scripted Plandemic wave#2.

On the second image I have attached a screenshot from the series RESURRECTION ERTUGRAL which gives the solution everyone is asking for. 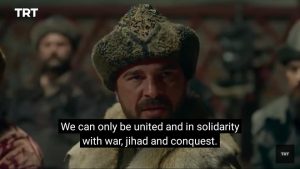 Startup Business or Idea in Pakistan