Website of Rapper Cardi B Littered with Spam: The American rapper who is known as Cardi B has been tweeting lots of apologies of late, but it’s time for her website development team to recognize some of their own mistakes in the list of news report that spammers targeted her website.

Users who were hoping to see the pictures of Cardi B when users browsing the photos section of her website were instead with spammed images as nefarious actors loaded with tons of random images that depicted not Cardi B but soccer games and other unrelated images. 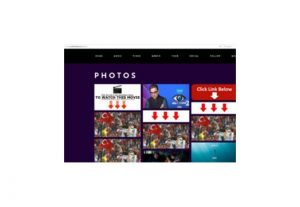 According to Malwarebytes, the Cardi B website that was littered with “tons of messed up spam text all over the page.” Add to the text spams the array of click throughs to fraudulent videos which were clogging her website’s homepage, which directs to the fake movie streams and a soccer match involving the Stoke City and Wigan Athletic.

“While the rouge pages in a question seem to have been taken down, simply searching for the Cardi B website in Google reveals the damage done to the site’s search result.
Spammy results… can take a long time to filter out of search engines, and it isn’t great to have things like that sitting at the top of the search alongside the legitimate results.” 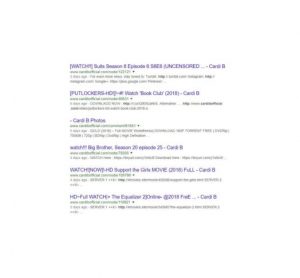 The site allowed users to sign up as registered users and post the comments, a feature that attracted the spammers to who used to send and insert spam all over the site, Malwarebytes said.

Since this new broke on Twitter, the site administrators have been actively engaged in clean up. Existing users still do see the login page while the new sign-up have been restricted.

“Social features for users of your site are great, but those services need to be balanced with the tight moderation and a limit on where said features can take you— even if it is Stoke City versus Wigan Athletic,” said Malwarebytes.

The 3 Basic Money Skills (You Need To Know)