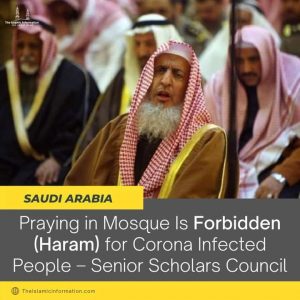 This statement from Makkah is the first attempt towards Covid19 Vaccination Certificates for pilgrims. Which will initially be in paper format and after normalization deal with Israel will be transformed to digital bio metric certificates.

A group of scholars from Arab and Asia have been selected who will try their best to push the need for MIDDLE EAST PEACE PLAN.

Most of these scholars from Pakistan would be those who are already recruited by Bill Gates to brainwash public towards Polio Vaccination. Same scholars will give fatwahs for Covid19 Vaccine and in coming years for MIDDLE EAST PEACE PLAN.

JEWS and Muslims will be presented as brothers in faith coming from the same father IBRAHIM A.S

A LOLLIPOP IS UNDER consideration also to buy Hamas top leaders. Every local establishment will be rewarded with the new CASHLESS MONETARY TECHNOLOGY Developed by Fintech.

Pakistan followed by Turkey will accept Israel after Saudia in between 2025 to 2030.

Both Pakistan and Turkey are now part of the New World Order by playing the bogus drama of PCR tests and following the Script of WHO.

If you have not heard the world economic forum assessment plan for PLANDEMIC then hear it because I will make sense to you when you hear it from the worldly gods.

Credit: Muhammad Mustafa Ahmedzai ( Who wrote 60k+ words article on his website known as “BitcoinIsScam.com” don’t forget to check out his thousands on crypto/digital currencies and future monetary system).